Following what has happened at Dobbyn Creek is difficult. So here is a map demonstration from Mikal Jakubal and below that is a photo and caption piece from Jesi Elmore that will take you creekside! 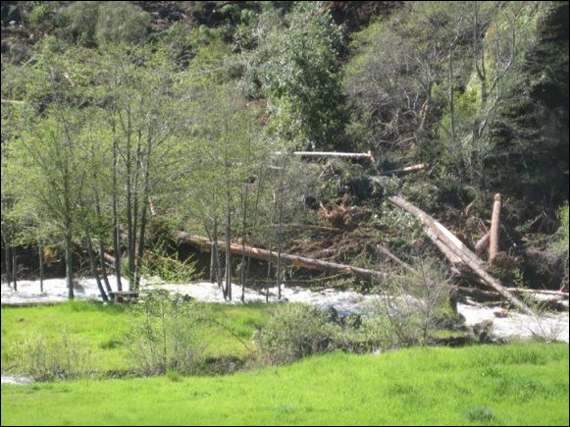 Sunday – April 3, 2011
Starting to divert water away from upper end of island. 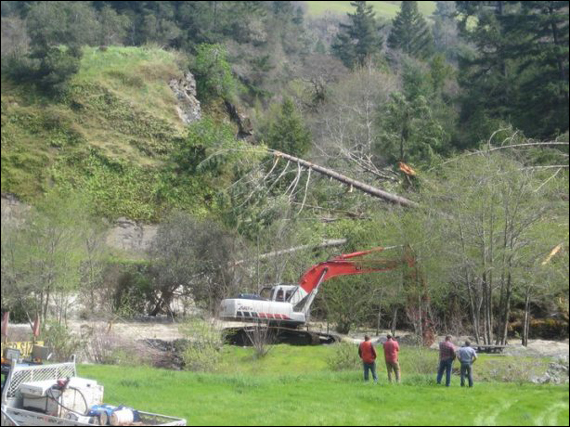 Monday – April 4, 2011
Lower portion of slide has crowded picnic table island from lake water backing up and causing more pressure.
Widening channel to drop water height and slow the energy of the water down. 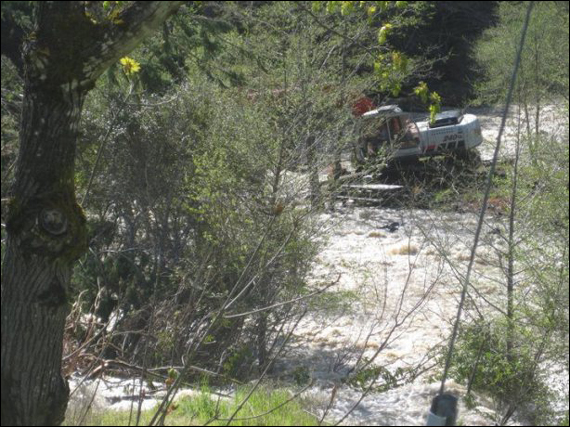 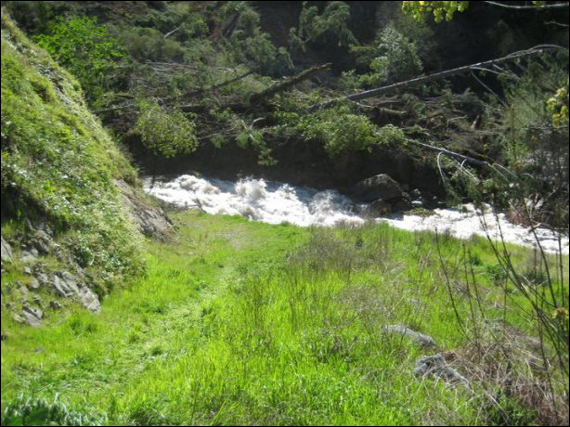 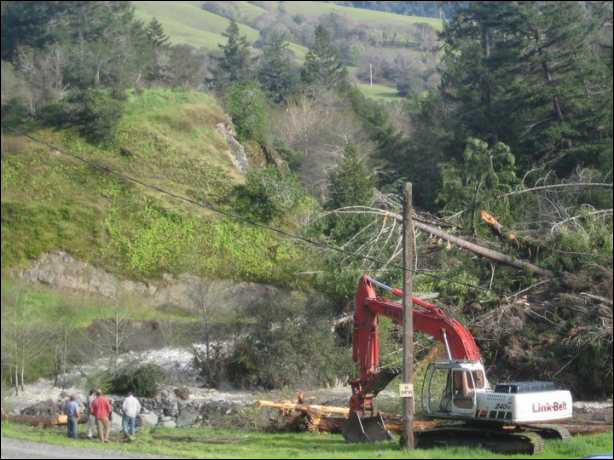 Monday – April 4, 2011
Water levels rising. Continue to add height to the dike. The dike is a means to keep the water from eating away the property. 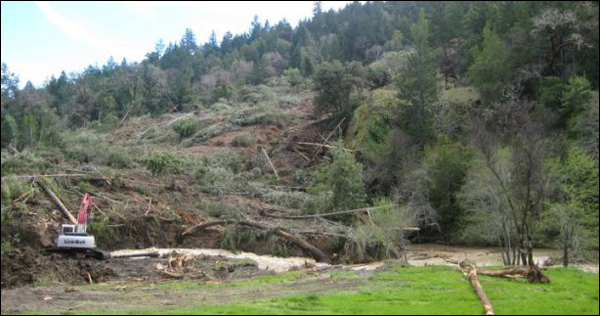 Tuesday – April 5, 2011
Slide continuing to pinch off water flow and causing the lake to flow onto the Alderpoint Rd. 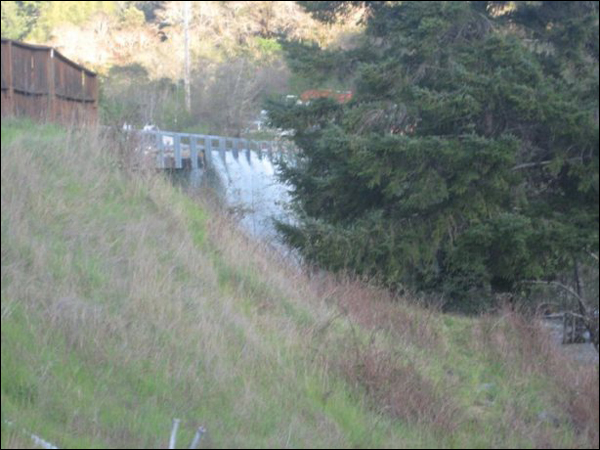 Tuesday – April 5, 2011
More woody debris in place to assist water direction and to slow water down. 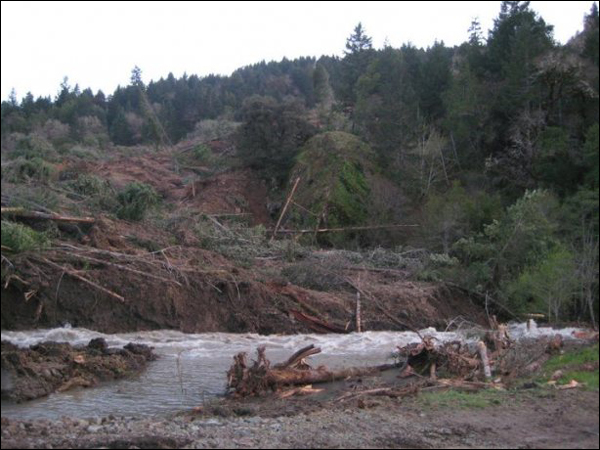 Wednesday – April 6, 2011
More rock for the dike. Water speed and height seems to be rising.

Thursday – April 7, 2011
Water height and speed still rising and running faster, water running over the bridge. Water is starting to runn out of the bank in the lower right hand side of this picture. Excavator is helping water flow in an additional channel to drop water level in lake. 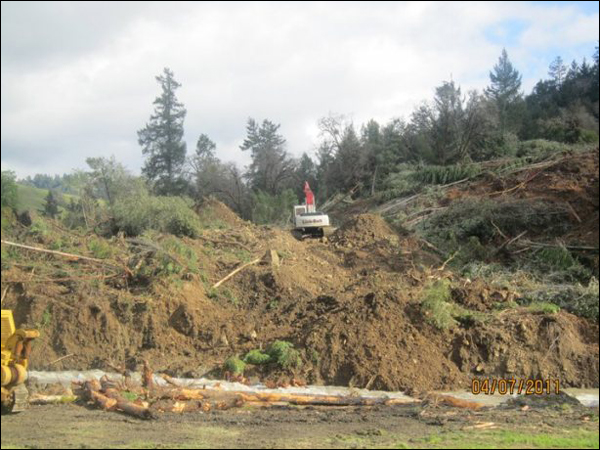 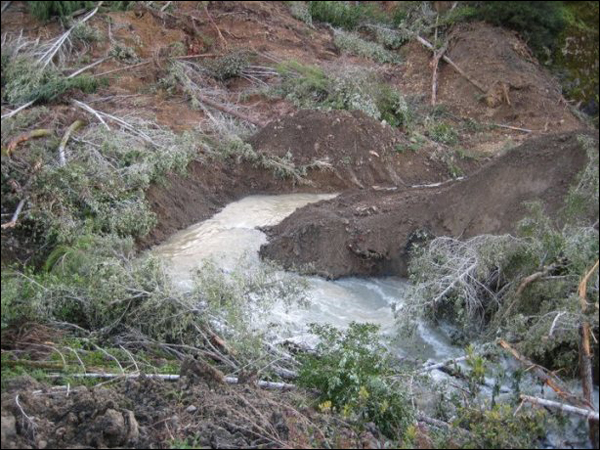 Thursday – April 7, 2011
Dogee watching with a close eye the water flow from secondary channel (right hand side of photo) 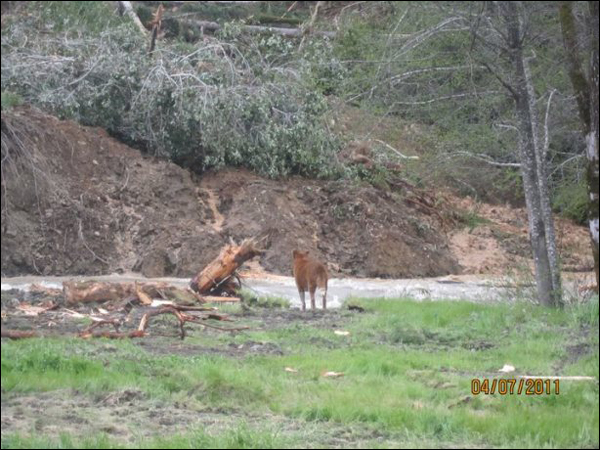 Thursday – April 7, 2011
Water in this photo dropping in speed and height. 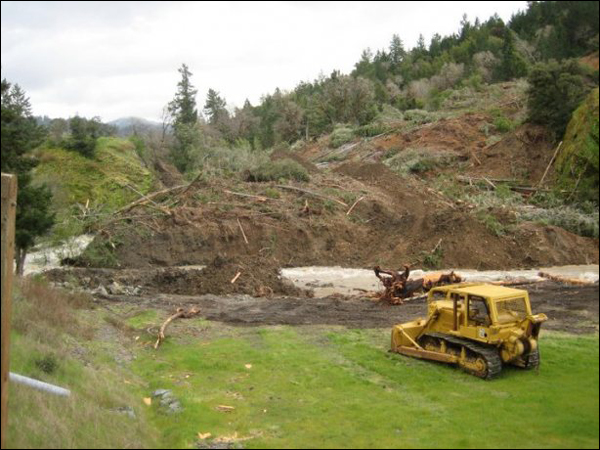 Thursday – April 7, 2011
This photo is from shortly after the secondary channel had been opened. 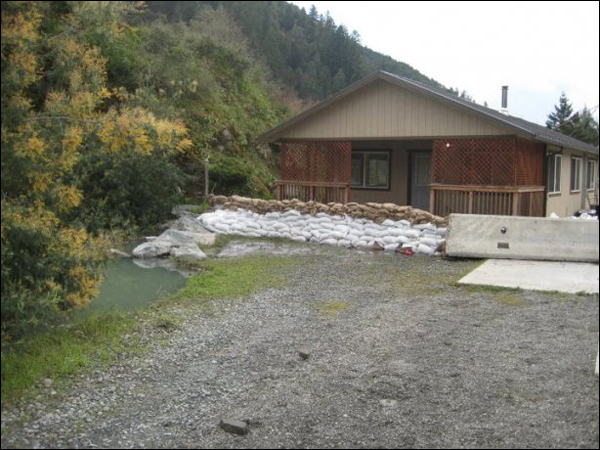 Thursday – April 7, 2011
Water dropped enough to take immediate danger away from the front of the house. 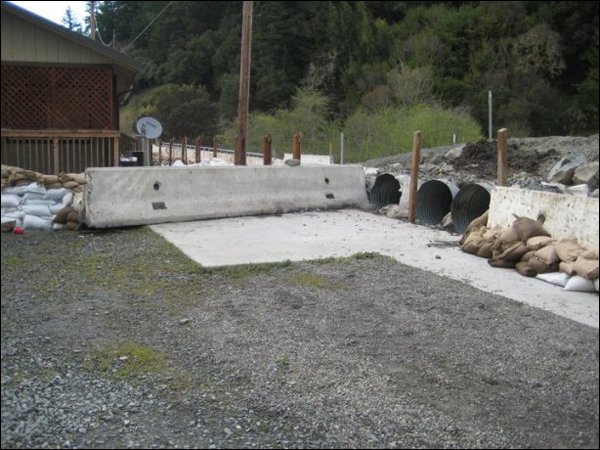 Apr 13, 2011
This slideshow outlines some progress made to the Dobbyn Creek mudslide.