Posted on Wednesday 26 October 2011 by bobbi 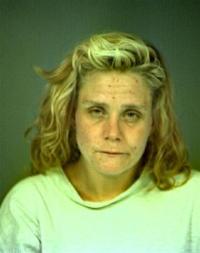 The Humboldt County Sheriffs office is seeking the public help in locating a High Risk missing person. The Sheriff’s office is seeking the publics help in locating Jaymie Christine Ritchey, 41 years of Redway. Ritchey was last seen on October 20th, 2011 around 12:30 a.m. at the Brass Rail bar in Redway, California. Ritchey told a female friend she was with at the bar that that she was going to hitchhike to Garberville. Ritchey has not been seen or heard from since.

On October 24th, 2011 Ritchey’s mother reported her missing to the Sheriff’s Office. Ritchey has medical issues and her family and friends reported to law enforcement they are very concerned about her welfare.

Anyone with information is requested to contact Humboldt County Sheriff’s Detective Cheryl Franco at 707-268-3644.
~from KymKemp.com