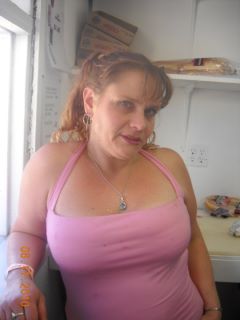 Rumors that the body of Jaymie Christine Ritchey was found on the bluffs between Redway and Garberville have been confirmed on Facebook. Close family friend, Elaine Olivias, posted on SoHum Awareness – Facebook that Ritchey was found yesterday. Numerous reports of sheriffs searching the area with a boat had been talked about throughout Southern Humboldt during the day.

Ritchey, a 41 year old woman from Redway, was last seen on October 20th, 2011 around 12:30 a.m. at the Brass Rail bar in Redway, California. Ritchey told a female friend she was with at the bar that that she was going to hitchhike to Garberville. Ritchey has not been seen or heard from since.

Requests into the Sheriff’s Dept. have not been answered yet over the long holiday weekend. Thanks to those who worked long hours searching for our community member. May she rest in peace.